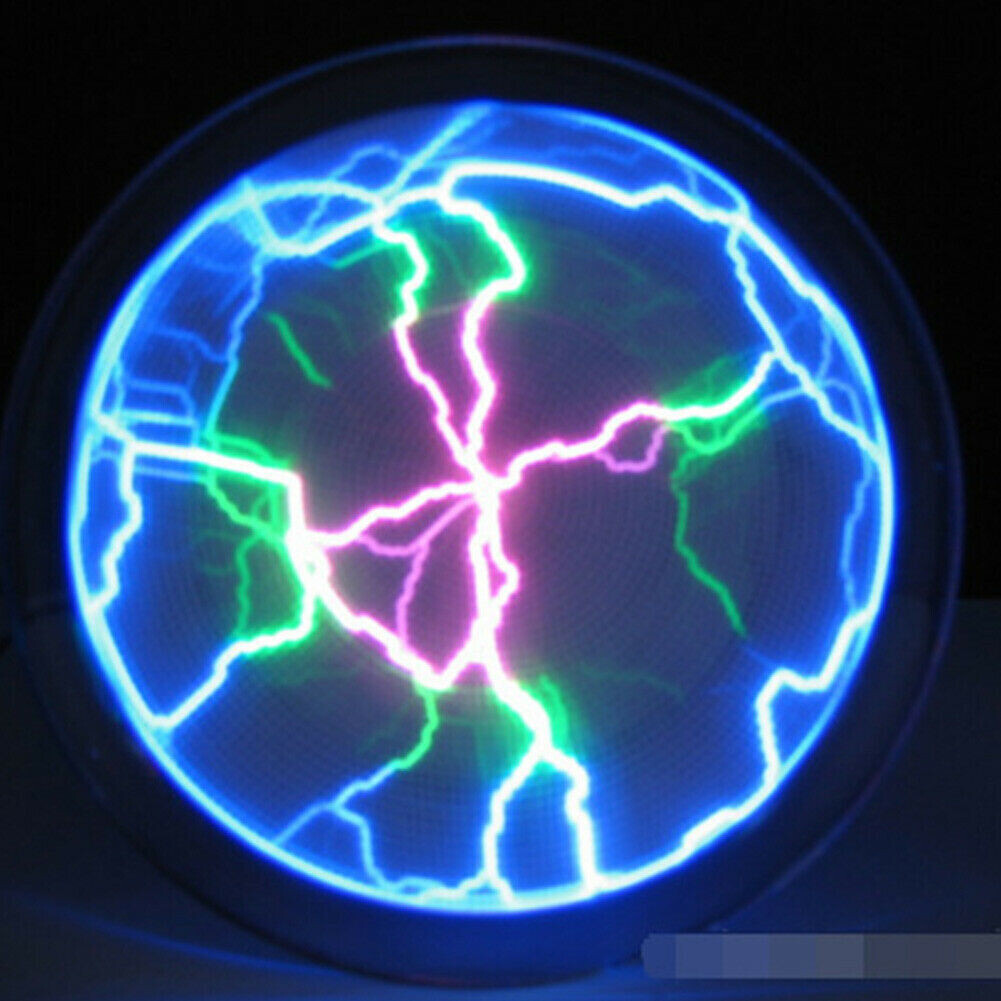 This Plasma Disc is Pocket Size and comes with different modes ,which include voice activated and the classic touching current ! This device is valued as a way to catch EVPs, Gives off energy, as a Tesla coil does & I Value it as a motion detection device , the slightest vibration can set this device off, with flashes as it detect movement as almost a Geophone would !

A plasma globe or plasma lamp (also called plasma ball, dome, sphere, tube or orb, depending on shape) is a clear glass container/ball filled with a mixture of various noble gases with a high-voltage electrode in the center of the container.

When voltage is applied, a plasma is formed within the container. Plasma filaments extend from the inner electrode to the outer glass insulator, giving the appearance of multiple constant beams of colored light (see corona discharge and electric glow discharge). Plasma globes were most popular as novelty items in the 1980s.[1]

The plasma lamp was invented by Nikola Tesla, during his experimentation with high-frequency currents in an evacuated glass tube for the purpose of studying high voltage phenomena

Save this product for later
Display prices in: USD